Pretty excited about these photos! The giant Rosette Nebula in Monoceros and the faint NGC 2403 Galaxy in Camaleopardis! Five-minutes subs, good processing in Astro Pixel Processor and Darktable. Read more about these two fantastic objects! 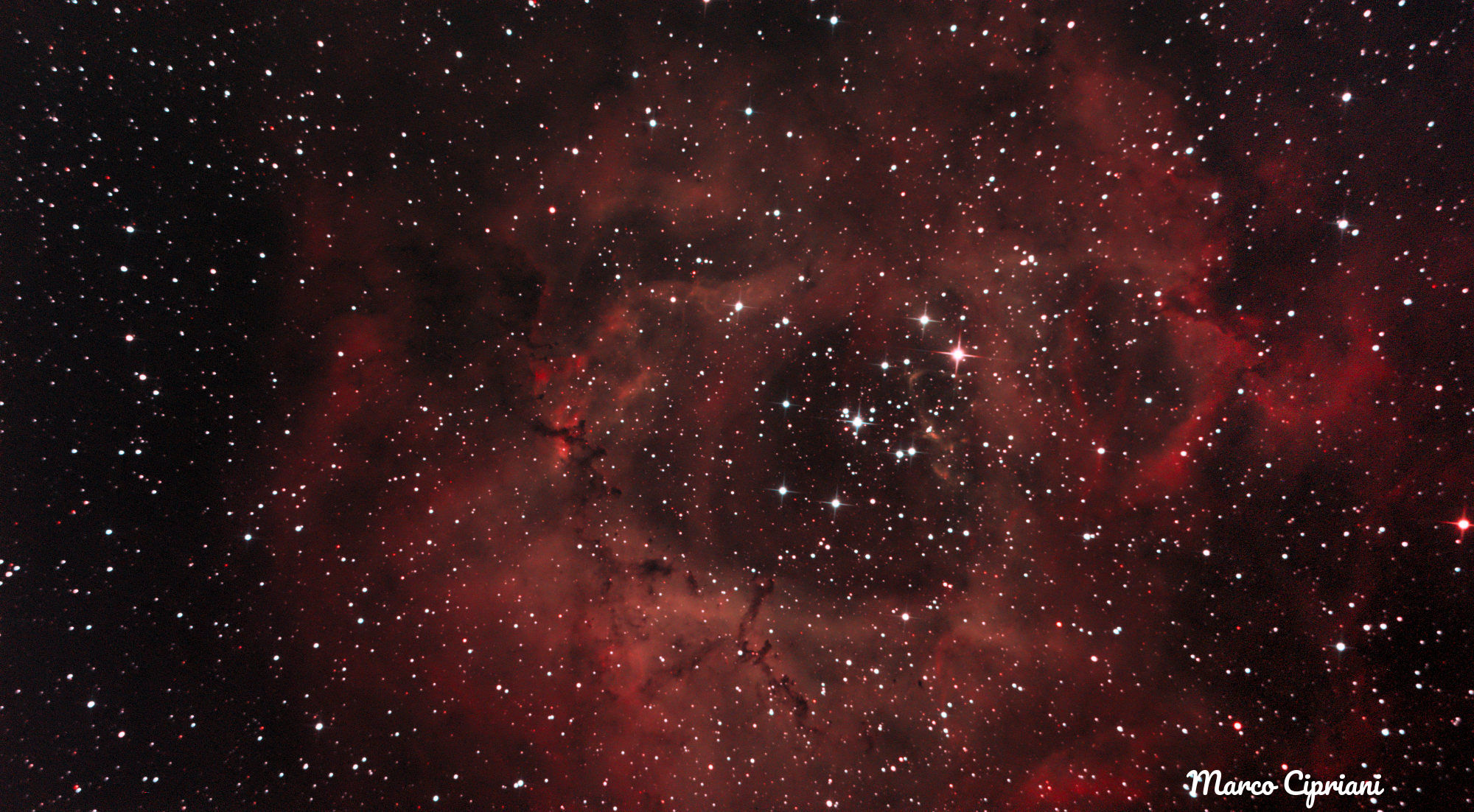 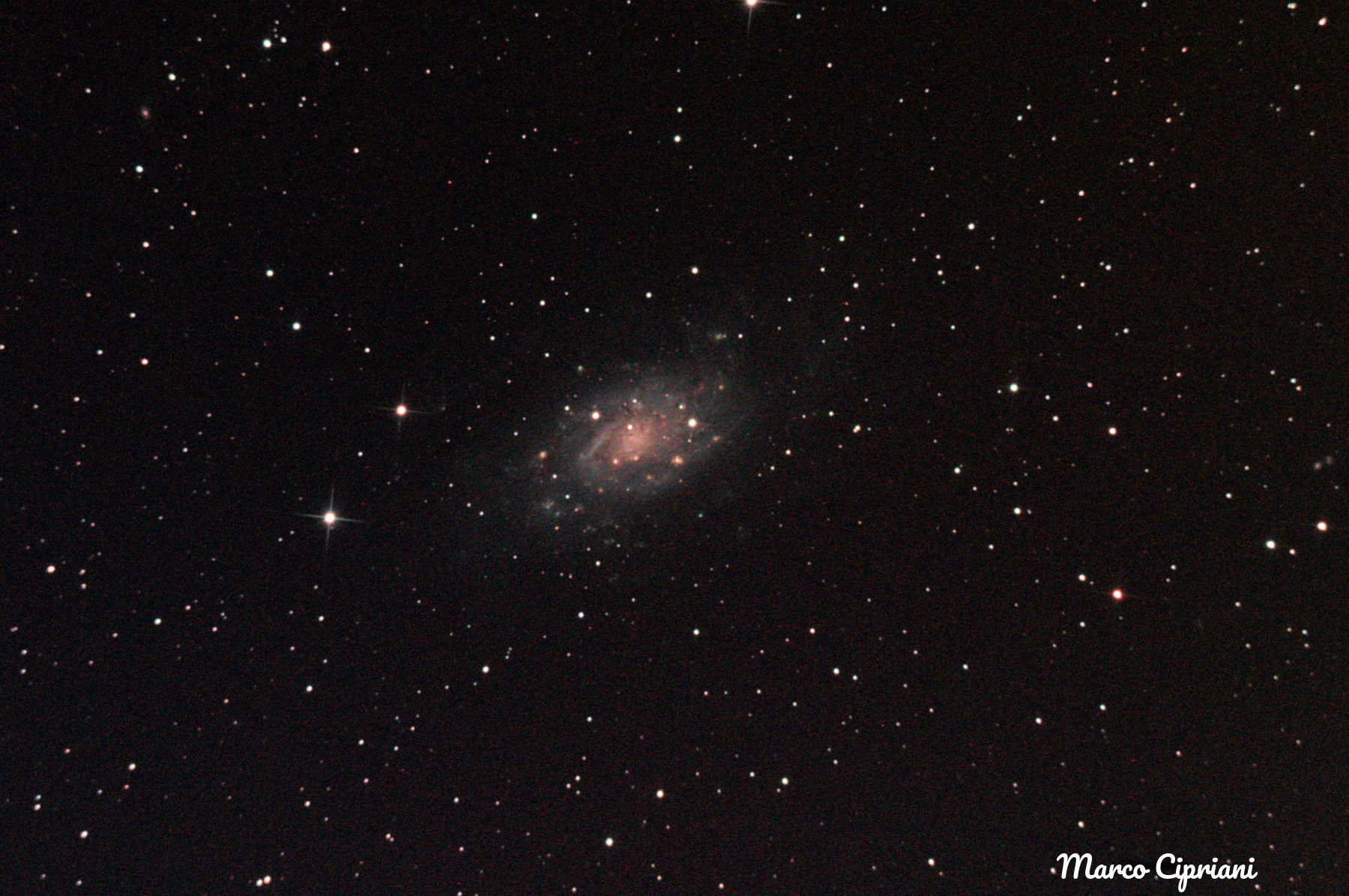 This emission nebula, also known as NGC 2237, is a very large roughly circular hydrogen (H II, ionized gas typically related to star formation) region in the constellation Monoceros. It’s also associated with an open cluster, NGC 2244, discovered around 1690 by the English astronomer John Flamsteed (1643-1719), while the whole nebula was discovered after some time by Sir John Herschel (1792-1871), another famous English astronomer. It’s 5000 light-years away from the Earth and is 130 ly wide in diameter: so wide that it doesn’t fit the sensor of my DSLR! What about apparent magnitude? 9.0, quite enough to be photographed from an extremely light-polluted area like mine, but not enough for visual astronomy.

My photo is a two-panel mosaic taken my usual Nikon D3300 and my faithful Newtonian f/5 on my SW EQ 5. I was able to capture only 27 light frames (360 seconds, ISO 1600, UHC filter), but the result is very satisfying! Dark, bias and flat frames. The processed photo has a good SNR (signal-to-noise ration). I stacked the light frames with Astro Pixel Processor, and then I edited them using Darktable, an excellent free alternative to Adobe Lightroom. In particular, this program has a tool called “equalizer”, that helped me enhance the contrasts and reducing noise without compromising quality (I wasn’t successful in GIMP, whose noise-reduction tool blurs the image).

NGC 2403 is an intermediate spiral galaxy in the constellation Camelopardalis, near the Lynx one. It’s a member of the M 81 group, it’s 8 million light-years away and has an apparent magnitude of 8.9, similar to the Rosette Nebula. It’s known for the two bright supernovae that were been discovered in it, SN 1954J and SN 2004dj, and was discovered by William Herschel in 1788. Its core is rich of H II regions, the same hydrogen of which the Rosette Nebula is made, so I was able to use the UHC filter for this galaxy, too. I captured 13 five-minutes photos with ISO 1600 and my PrimaLuceLab UHC filter. Processing in Astro Pixel Processor and The GIMP.