Let’s photograph the Sunflower Galaxy under a 95% illuminated Moon and very high light pollution! Who would win? 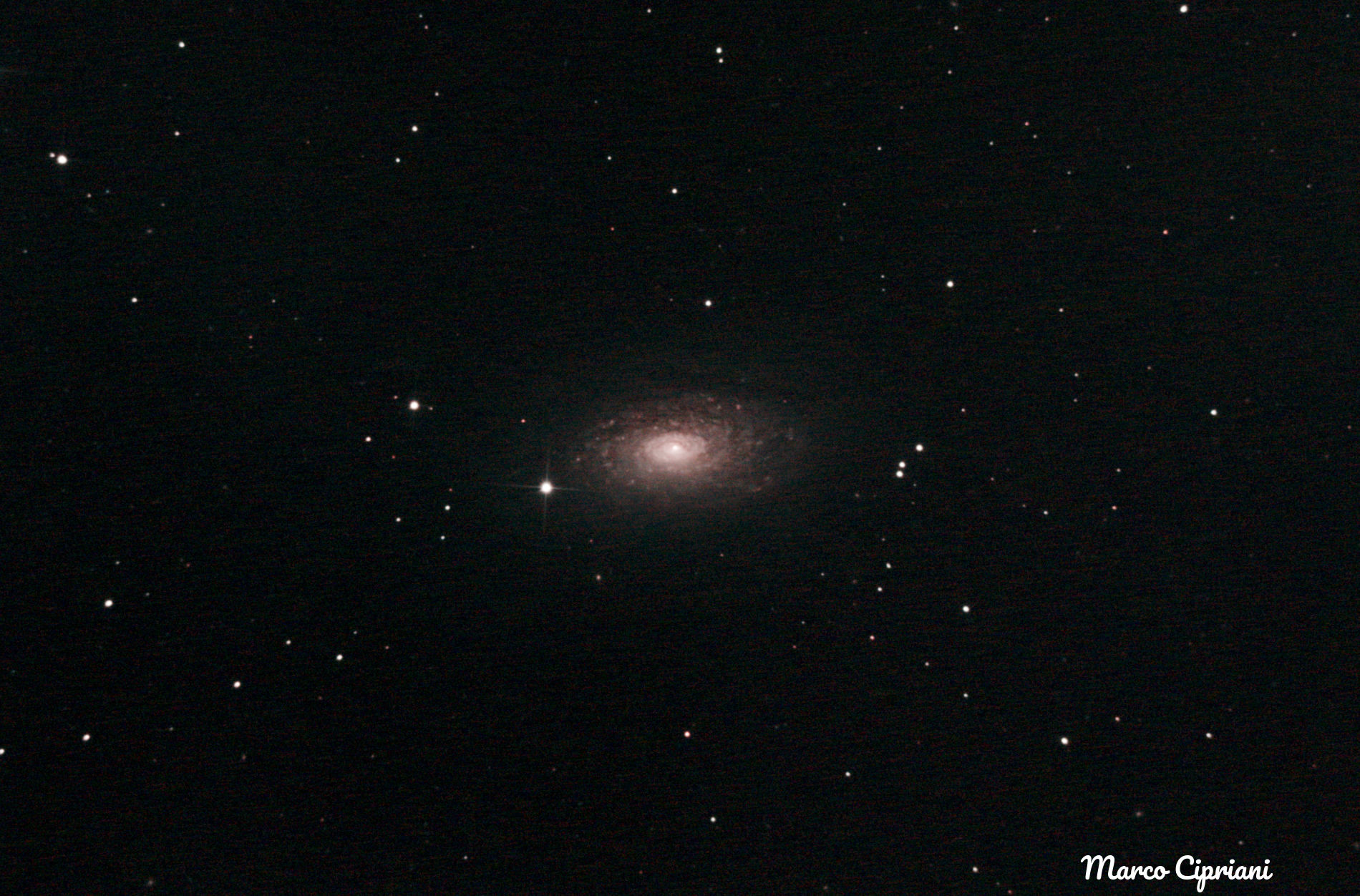 M63, also known as NGC 5055 or the Sunflower Galaxy, is a spiral galaxy in the northern constellation of Canes Venatici. It was discovered by the French astronomer Pierre Méchainin in 1779! It is 29.3 million light-years away from us, so it’s extremely faint (apparent magnitude 9.3)! It shows a spiral shape with no central bar, and moderate arms, and is classified as a “SAbc” galaxy in Edwin Hubble’s morphological classification; in other words, it is classified between “normal” spiral galaxies and galaxies with barred spirals. Indeed, it is also defined as a “flocculent” (soft) galaxy, meaning it has discontinuous spiral arms. It has an estimated mass of 80~140 billion solar masses, and its diameter is about 90000 l-y, thus it is almost the size of the Milky Way. Incredible!

I used for the first time PHD2’s drift align, so I was able to point my telescope perfectly: thanks to this, I was able to capture 29 five minutes subs without having to delete any photo! Despite this fact, since the Moon was 95% illuminated and the light pollution was horrible, each RAW capture is more than ugly. Thanks to 23 darks, 170 offset frames and 100 flats (I exaggerated a bit, I think) I was able to fix this issues during the stacking process in Astro Pixel Processor and The GIMP, so the result is decent. I can do better, of course, but under clearer skies