The Ring Nebula and the Whale Galaxy 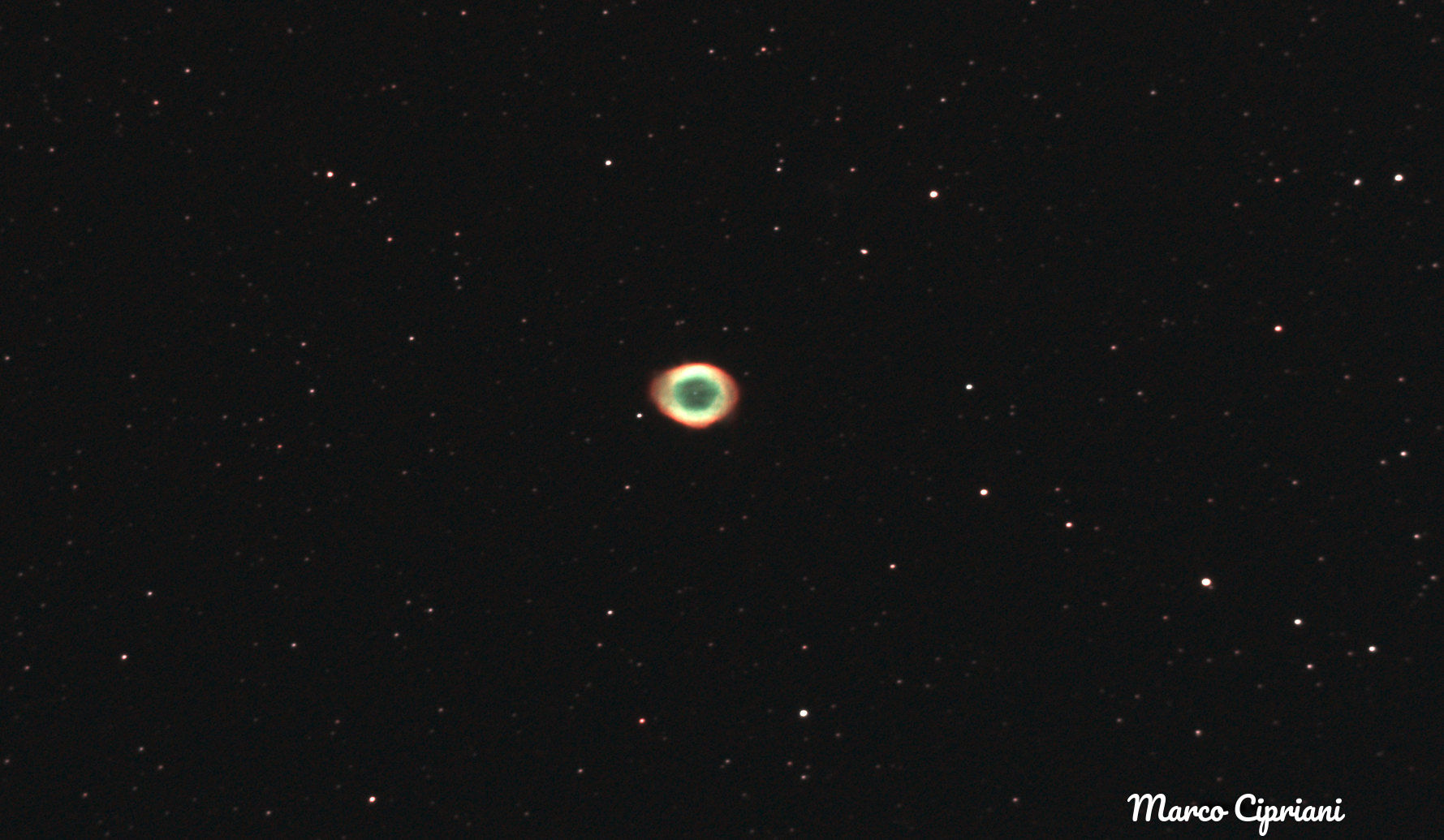 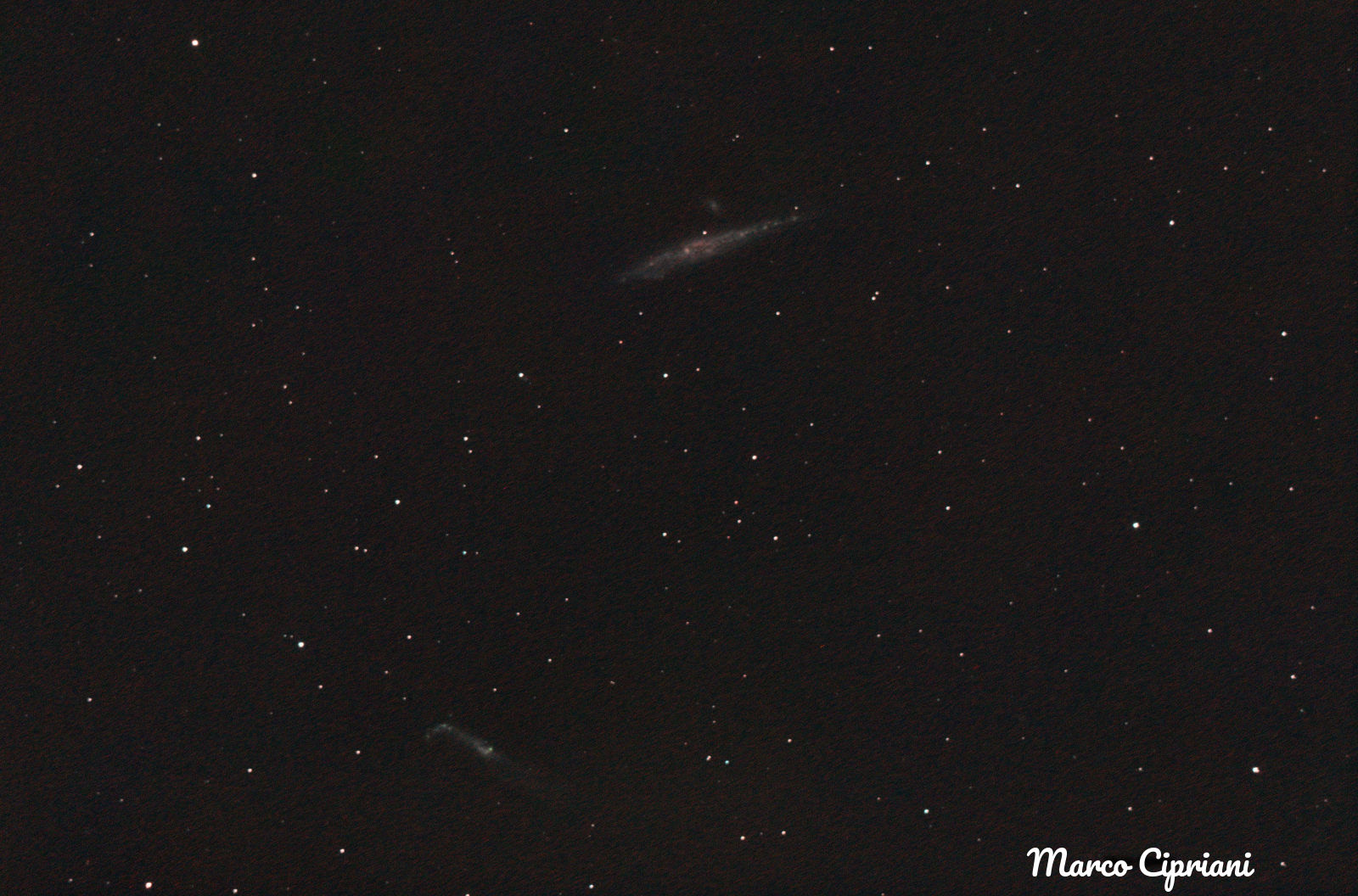 The Ring Nebula (M 57 or NGC 6720) is a planetary nebula in the northern constellation of Lyra. It is 2570 light-years away from Earth. This kind of nebula takes origin from a shell of ionized gas expelled into the surrounding interstellar medium by a star at the end of its asymptotic giant branch phase, in the last stages of its life before becoming a white dwarf (which is a stellar core remnant composed mostly of dense degenerated matter). M 57 was first discovered in January 1779 by the French astronomer Charles Messier when he was looking for Comet Bode. Later, the astronomer William Herschel speculated that the nebula was formed by several stars that were unresolvable with his telescope. In 1800, Friedrich von Hahn announced that he discovered the central white dwarf, but only in 1864, the English astronomer William Huggins examined the spectrum of this object, realizing that it’s a nebulosity, so it is not composed of multiple faint stars as Herschel proposed before.

I was able to capture only 8 photos of 380 seconds at ISO 800 before dawn. I also used a UHC filter and I captured several dark and frames. Then, I processed them using Astro Pixel Processor only. The final photo is quite good if you consider that the sky in my backyard is almost light blue even at midnight due to light pollution. Even the colours are balanced.

The Whale Galaxy and the Hockey Stick Galaxy

NGC 4631 is a barred spiral galaxy in the constellation Canes Venatici. This galaxy’s slightly distorted wedge shape gives it the appearance of a whale, that’s why it has that nickname. It is 30 megalight-year far away from us. The Whale Galaxy contains a central starburst, which is a region of intense star formation, that is evident in the emission of ionized hydrogen. Moreover, due to the huge number of supernovae which exploded in this galaxy, diffuse X-ray emitting gas around the whole galaxy can be observed by space telescopes.

NGC 4656 is a barred spiral galaxy located in the constellation Canes Venatici. It is informally called the Hockey Stick Galaxies. The reason for this is that it is actually shaped like an elongated, warped stick. The unusual shape is thought to be due to an interaction between NGC 4656 and a couple of near neighbours, the Whale Galaxy and NGC 4627 (a small elliptical galaxy). Like NGC 4631, it is 30 megalight-year far away from us.

I captured 28 photos for a total of 2 hours and 51 minutes (380 seconds subs at ISO 800). Despite so much time, I wasn’t able to get an excellent result, due to the fact that the two galaxies are so faint (and due to light pollution, too).